For the past six months I've been working on a touch device game called Space Bot Alpha.  Here's a video.

Late on Wednesday evening I pushed the final release candidate binary to Apple's App Store review pipeline.  If you want to check out the game I'm expecting it will go live around November 5th.  Doing a review, article or LetsPlay?  Ping me on Twitter and I can get you a access.

Whoa. What a totally weird feeling.

After 2013 and working really hard on Ethex2080 only to realise that I'd need a team of 2-3 people as well as me, and another 12 months to get it done, this year has been all about getting my feet on the ground and shipping a video game.

Now, I proved to myself I could do it, and even if your tastes in games are not aligned to space ships and strategy/puzzlers I hope you'll agree with me that the level of polish and completeness is pretty good for a solo indie developer's first published game.  I'm reaching around and patting myself on my back right now.  But its also weird after pushing so hard for so long to break thru and ship this thing.

Yes, I'm really pretty happy with how Space Bot Alpha has turned out, and although its the end of this stage of the Space Bot Alpha story, as the plucky little guy still has lots of work yet to go with Android releases, level packs and other stuff.  So no relaxing just yet. 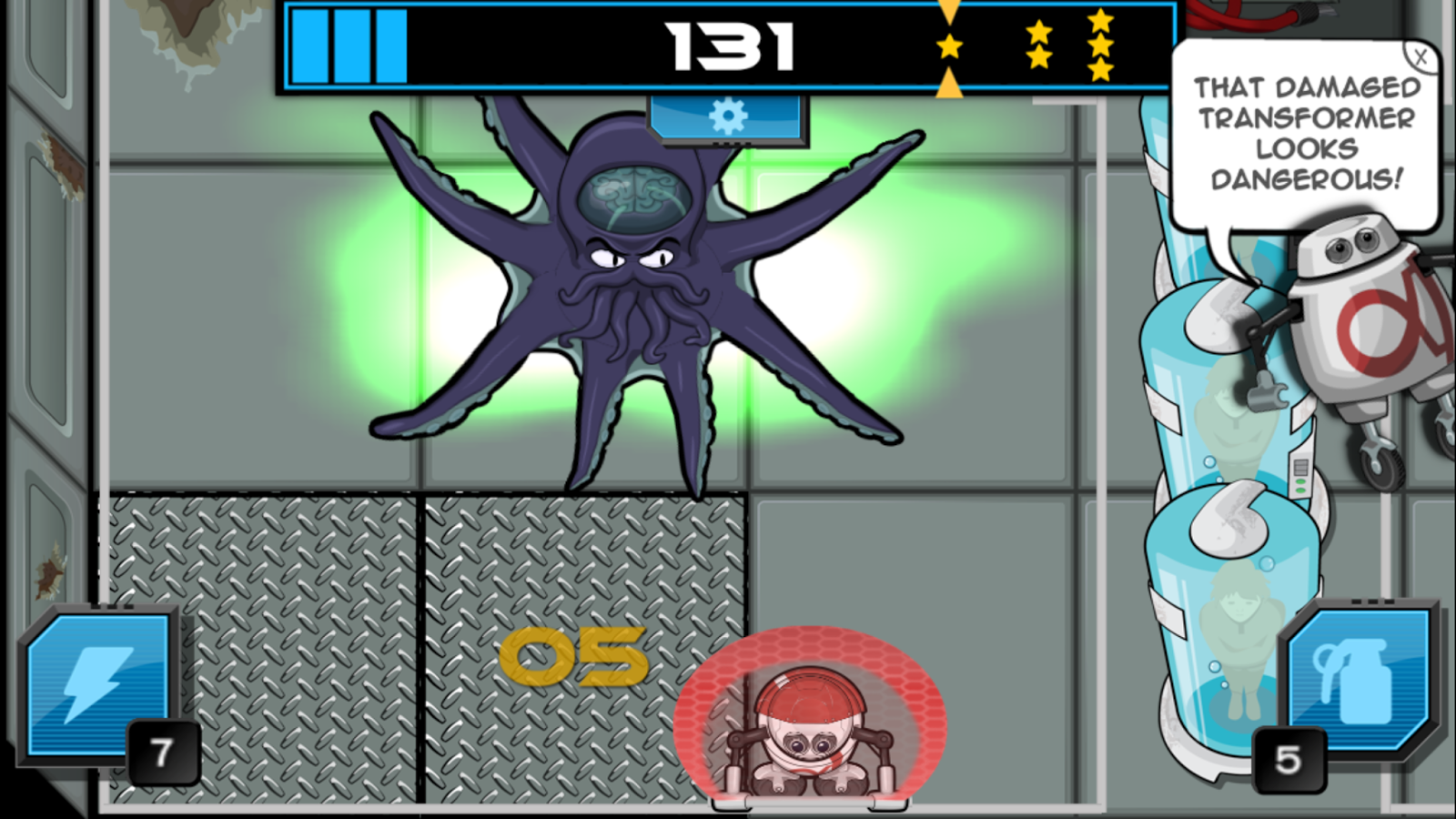 But I have to say I'm really excited about what this uncorks for me going forward.  Pushing a build isn't everything: I know that.  If no-one likes the game, and no-one plays it then I am going to have to seriously rethink what I'm doing.  But I did a lot of testing and I've seen people have fun with it.  I've even had some fun with it myself which is pretty amazing considering the times I wanted to just throw my dev tablet across the room in frustration at some stupid bug.  I think this, right now, will be the moment I look back on as when my game development career kicked in to high gear.

In December I'm heading to the UK for a holiday and that'll give me a chance to reset my head.  In 2015 I'm planning to make a new game.  In October 2015 at PAX and GCAP I'm going to turn up there and belong; I'm going to have 2 published games under my belt.

Wanna know more about that new game?  Subscribe here and I'll dump some concepts in coming weeks and months.

In the mean time thanks to everyone that was so supportive and appeared just when I was on the ragged edge to say some nice things and keep me going.  I want to give a particular shout-out to my friends at Disparity Games, Nic and Jason and the rest of the Stark clan; and also +Cameron Owen and +James Bowling of AttractMode Games for making me feel like a real game developer.

And, hey - what are you doing just sitting there!  Go check out Space Bot Alpha!
Posted by Sarah Smith at 6:54 PM No comments: